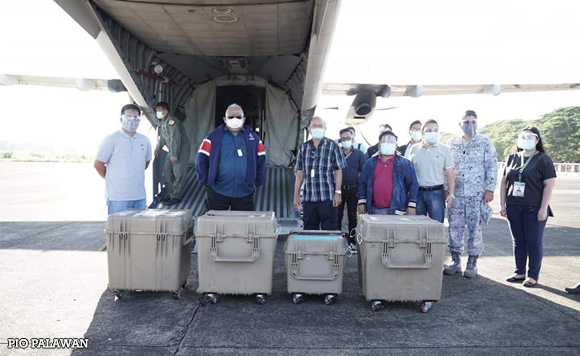 The first batch of coronavirus vaccines from Sinovac have arrived in Palawan today.

A total of 4,800 doses were allocated to Palawan. It was delivered through Philippine Air Force Aircraft at the Antonio Bautista Air Base.

Of the total jabs, 1,200 doses are earmarked for Palawan medical frontliners.