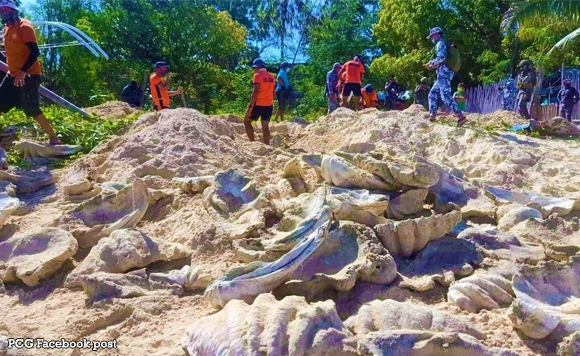 The giant clam shells have an approximate market value of P160 million.

Harvesting endangered giant clams locally known as ‘taklobo’ is prohibited under Republic Act No. 10654 or The Philippine Fisheries Code of 1998.

Under the law, violators will be penalized with an administrative fine of up to P3 million and suffer imprisonment of up to eight years.

“Before terminating the operation, the joint law enforcement team also discovered 124 pieces of illegally cut mangrove trees in the area that were also confiscated for violating Presidential Decree No. 705 or the Forestry Reform Code of the Philippines,” said the PCG.