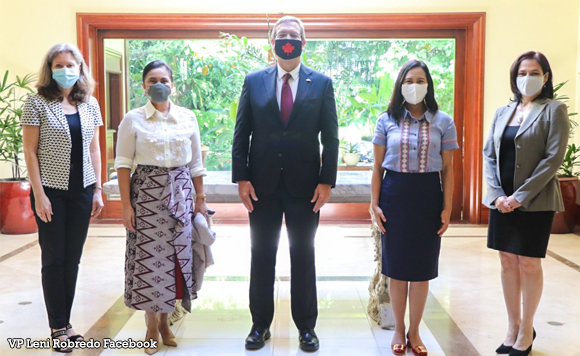 Vice President Leni Robredo said she was touched with the gesture of the Canadian envoy to the Philippines who served her foods featuring Pili nuts, one of Bicol’s most famous foods.

The Vice President was invited for lunch by His Excellency Peter MacArthur, Ambassador of Canada to the Philippines yesterday.

But Robredo said she was “super touched” when she found out that the menu contained items featuring Bicol’s crown jewel Pili nuts.

“Super touched that Pili nuts was featured in a couple of items in the menu. Appreciate thoughtful gestures such as this,” said VP Leni.

“The Ambassador has several Bicolanos in his household staff and they are always there to greet me whenever I come and visit,” she added.

Robredo said they discussed “our many initiatives to promote our shared values and advocacies.”