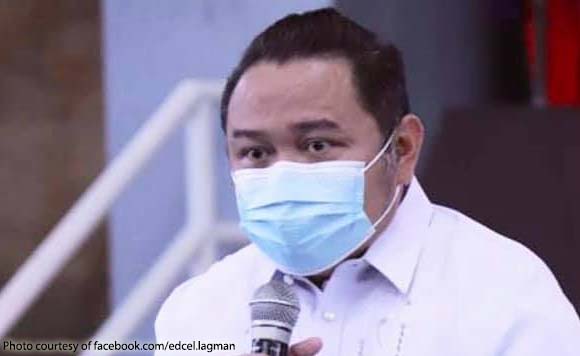 Having strong female role models help boys grow up to be men who know how to respect women.

Albay Vice Gov. Grex Lagman knows this all too well since he was raised by strong women.

He is grateful for his grandmothers who earned college degrees at a time when it was rare for women to do so, and who went on to become teachers.

He is also thankful for his mom who traveled to the United States alone at 16 years old to study high school in Delaware and who became the first woman vice chair of the UP Student Council.

HIs sisters are also empowered women who showed strength and independence.

Having know the strength and value of women, Lagman said misogynists are out.

He implored Filipinos to choose leaders who love women and who are not insecure and afraid of them that they went to the extent of imprisoning one.

We all deserve better, he said.

How about a woman leader?

Respect for women starts at home. If a boy has good women role models, there’s a fair chance he’ll respect women as an adult. When he becomes a man, he’ll most probably see women as his equal.

So, thank you to both my lolas from my mother’s and father’s sides, respectively. Both studied to be teachers and went to college. This was in the 1930s when young Filipino women who had college degrees were very rare. My old man’s mom even drove a willys jeep as a young mother. Women behind a wheel at that time was also quite unusual.
Thank you also to my mom. At 16, she traveled to the US alone as an American Field Scholar to study high school in Delaware. In the late 1950s, this was a big deal for an Albayana lass from Tabaco. She also became the first woman vice chair of the UP Student Council.
To all my sisters who are all empowered women, thank you for your strength and independence. And for the advice you’ve given me.
To the woman who’s a big part of my life, thank you for knowing your worth. And for always making me strong.
To my daughters, rest assured that you will grow up with a father who will make sure you reach your full potential.
To my granddaughters, i’ll make sure your respective fathers do a good job bringing you up.

So, it all starts at home. And we must start with young Filipino boys. We must teach them to respect women in order to help them learn to respect humanity. Because all men were born of women. 🙏❤️💪

Misogynists are so out. So, the next time we choose our leaders, we must choose the ones who actually love women. Not one who is so insecure and deathly afraid of women that he ended up hating on them. Even imprisoning one lady senator. Seriously. We—-men, women and LGBTQs—-all deserve so much better!