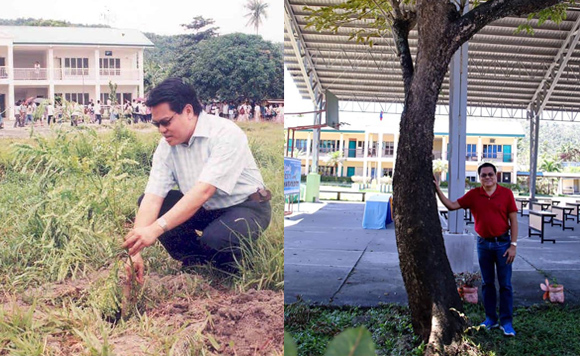 Calapan City Mayor Arnan Panalingan felt elated after he found out that a narra tree he planted almost two decades ago is standing strong even up to this day.

“I am happy to see that after almost 19 years, the narra tree that I planted in 2002 during the blessing of the 2 storey Parang National High School building shown in the background that the City Government constructed has survived and grown,” said Panaligan.

Panaligan earlier attended the blessing of the new facilities of Parang National High School such as the school pavilion, TLE Kiosk, comfort rooms, reading center and the rehabilitation of the TVL building.

According to the mayor’s office, the funds for the said facilities were provided by the office of Oriental Mindoro Rep. Doy Leachon.

The Parang National High School was founded in 1999 during the first term of Panaligan as City Mayor.