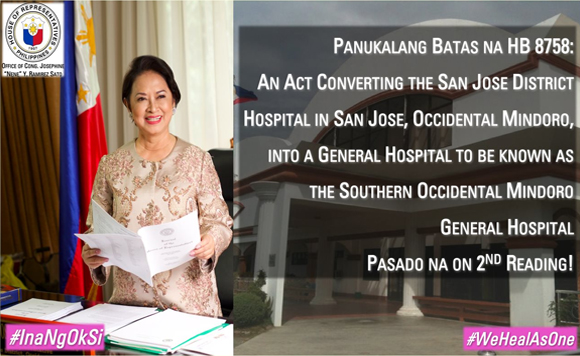 Occidental Mindoro Rep. Josephine Ramirez-Sato said that her bill seeking to upgrade and improve the San Jose District Hospital is now one step closer in becoming a law.

The lawmaker’s office said that her pet bill has recently obtained the second reading approval of a House.

Among the benefits of the said bill include the increasing of its bed capacity from 50 to 200 as well as the upgrade on its equipment and facilities.