Sorsogon Gov. Chiz Escudero blasts DND abrogation of accord with UP 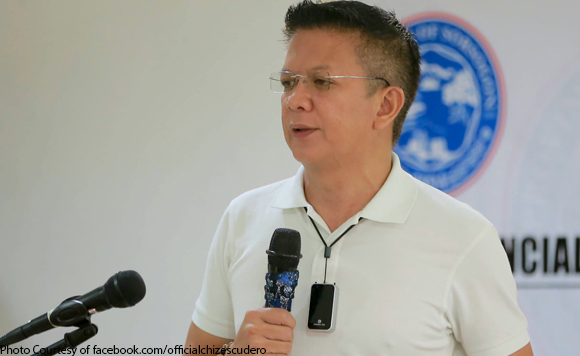 The Department of National Defense should learn to pick its battles, according to Sorsogon Gov. Chiz Escudero.

In a Facebook post, Escudero slammed the DND’s decision to terminate the agreement with the University of the Philippines that prevents the entry of state forces in the campus without coordination from school officials.

The DND said its decision was meant to stop UP from becoming a recruiting ground for communist insurgents.

But Escudero said the move sows division and sets us apart from them.

The DND should not take the bait of the enemies and should have faith in the Filipino youth’s discernment and love for the country.

It should take the cute from “The Friends of Voltaire,” which said “I may not agree with what you’re saying but I will defend to the death you’re right to say it.”

There should always be space for opposing views!

“The DND is barking at the wrong tree by revoking the 1989 accord.

The Government should learn to fight the good fight.

That sets US apart from THEM.

It should not bite into the bait of its enemies and take advantage of that mistake/folly.

It should have more faith and confidence in the FILIPINO YOUTH’S DISCERNMENT AND LOVE OF THEIR COUNTRY.

As written in ‘The Friends of Voltaire’, ‘I may not agree with what you’re saying but I will defend to the death you’re right to say it.’

And as Einstein said, ‘Blind belief in authority is the greatest enemy of truth,’” Escudero posted.