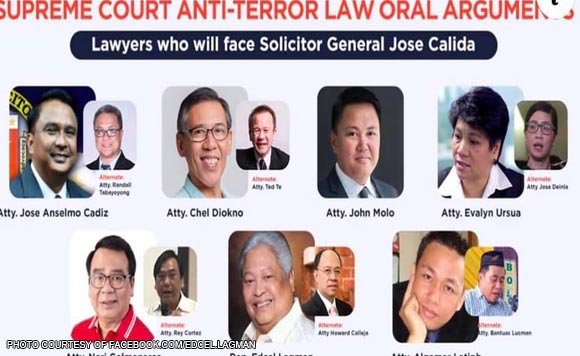 Albay Vice Gov. Grex Lagman is mighty proud of his father, lawyer and Albay Rep. Edcel Lagman, as he goes head on against the Anti-Terrorism Act.

Rep. Lagman is one of the petitioners against the law that human rights defenders deem oppressive, and he will face the Supreme Court in oral arguments on January 19.

In a Facebook post, the Vice Governor cheered on his dad, who will argue that warrantless arrest and detention as well as the period of detention under the law are unconstitutional.

His father’s alternate will be Howard Calleja.

The two Albayano lawyers will head to the battle at the high tribunal.

And they can be sure the Vice Governor will be cheering them on!

My father will argue that warrantless arrest and detention, and the period of detention, under the law are unconstitutional. Litigator Howard Calleja, who filed the very first petition, is his alternate.

Two Albayano lawyers go to battle in the Supreme Court on January 19,” the Vice Governor posted.