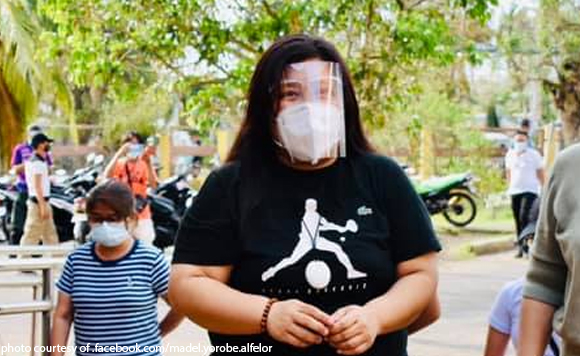 Iriga Mayor Madel Alfelor is overjoyed that a contact tracing application that her opponents had blocked can now be used in the city.

She is doing this for the love of Iriga, she said, as she thanked the Lord for his development.

Earlier, the mayor lamented efforts to block the use of the app.

She said she had opted to use smart technology for convenient contact tracing, in anticipation of the influx of people going to establishment during the Christmas season.

Many countries as well cities in the Philippines are also using QR codes and RFIDs to make contact tracing easier, she pointed out.

Now her plan can continue!

“I CONTACT CAN NOW BE USED BY ALL ESTABLISHMENTS… 😊😊😊

ALL FOR THE LOVE OF IRIGA❤️❤️❤️,” Alfelor posted.