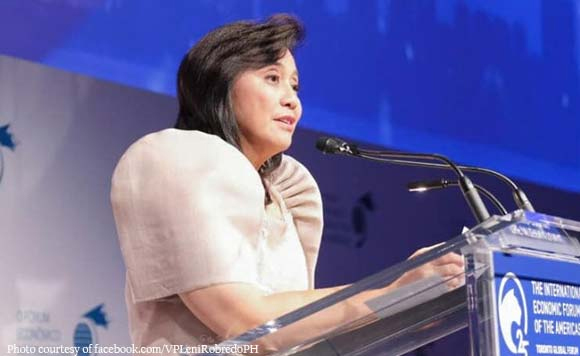 Not even the late Interior Secretary Jesse Robredo has been spared by fake news purveyors.

In a Facebook post, Vice President Leni Robredo asked for help to report a post bearing false information that claimed that her husband did nothing about the earlier charges filed against police officer Jonel Nuezca.

Nuezca was the law enforcer who shot dead an unarmed mother and her son during an argument in Tarlac and who drew widespread outrage for his actions.

None of the cases against Nuezca were committed or were pending during her husband’s term.

Trolls don’t even spare the dead just to distract from who is really responsible for the atrocities!

First picture was what was released by PNP containing the record of Police Senior Master Sgt Jonel Nuezca. Trolls are saying that some of the infractions were committed when my husband was DILG Secretary and he did nothing about them.

This is FALSE. My husband assumed office July 10, 2010. He died August 18, 2012. None of his cases were pending or were committed during my husband’s term,” Robredo posted.