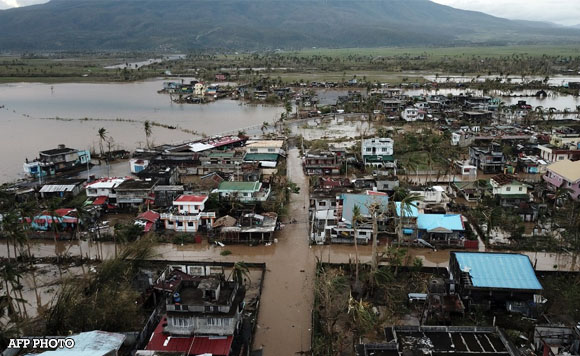 MANILA – After witnessing the massive damage catapulted by severe flooding and torrential rains in Bicol which was spawned by the onslaught of Super Typhoon Rolly, an official of the Lower House is calling pushing for better flood control structures in the region.

According to House Assistant Majority Floor Leader Alfred de los Santos, there is a need to lay down a new master plan for the entire Region 5 so that it can mitigate impact of future catastrophic devastation from typhoons, especially that vast majority of the Bicol Region have been badly affected by the recent weather disturbance.

De los Santos, representative of Ang Probinsyano Party-list group, stressed there is an urgent need for a new flood control master plan “that will take into consideration climate change and the new realities,”

“We need it as soon as possible so we can respond immediately and properly when calamities come,” he added.

As of November 1, close to 400,000 people have been displaced by Rolly, with Albay and Camarines Sur bearing the brunt of the super typhoon. About 30 municipalities and 180 barangays in these provinces have been affected based on government data.

De los Santos said the government cannot always rely on the resiliency of Filipinos every after disaster, but should also do its part in making sure that projects are moving and being completed for the benefit of the people.

A master plan, if completed, will save not only precious government resources, but more importantly the lives of many Filipino, according to de los Santos.