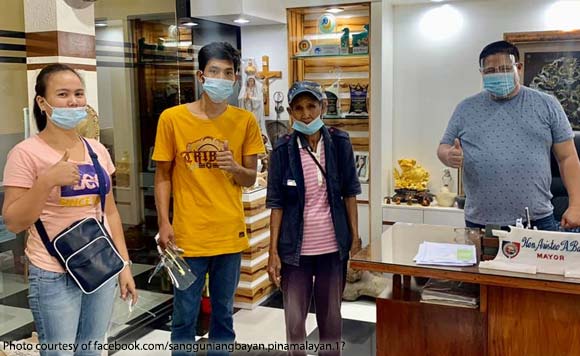 This was because he learned of the honesty of one of his constituents, Norma Manzo.

Manzo found a wallet with P15,500 in cash and was able to return it to its owner, Mark Martinez.

The mayor saluted Manzo’s good deed and said he should be hailed and emulated.