Sorsogon Gov. Escudero pays tribute to teachers for their efforts during pandemic 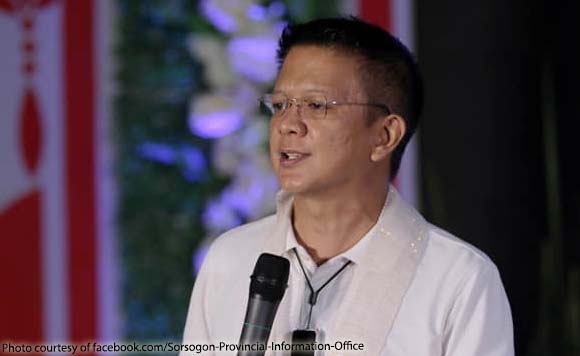 0 131
Share
Want more POLITIKO News? Get the latest newsfeed here. We publish dozens and dozens of politics-only news stories every hour. Click here to get to know more about your politiko - from trivial to crucial. it's our commitment to tell their stories. We follow your favorite POLITIKO like they are rockstars. If you are the politiko, always remember, your side is always our story. Read more. Find out more. Get the latest news here before it spreads on social media. Follow and bookmark this link. https://goo.gl/SvY8Kr

Governor Francis “Chiz” Escudero expressed his gratitude to all the teachers in Sorsogon for their selfless devotion to their profession as he vowed to continue improving the educational system in the province with plans to implement blended learning next school year.

Speaking during the culminating activity of the National Teachers’ Month and World Teachers’ Day celebration, Escudero stressed the important role teachers play in “not only molding the minds of our youth but their souls as well.”

Governor Chiz, who once taught at the University of the Philippines and whose parents were also educators, said he finds the teaching profession “rewarding in many respects even if it entails sacrifices.”

Governor Chiz’s father, the late Sorsogon Representative Salvador H. Escudero III was dean and professor of the College of Veterinary Medicine at the University of the Philippines – Los Baños (UPLB) while his mother, the current Sorsogon Representative Evelina G. Escudero was also dean and professor at the University of the Philippines in Diliman, Quezon City.

“Teaching gives me unending pleasure whenever I meet a former student of mine, and whenever they would proudly introduce me to their parents as their teacher and would recall fond memories when they were in my classroom. I guess the same is true with most, if not each and every one of you,” the governor told the teachers present in the event.

Escudero also revealed plans together with Rep. Escudero on implementing blended learning in the next school year which will include using video materials which will be aired on local television as learning tools.

“As soon as we get the go signal from DepEd Central Office, we will proceed with a blended learning system meaning those who have cable connections in the poblacion areas which is roughly 30% of the students’ population province-wide will be taught utilizing not modules but through video using the TV screen,” Escudero said.

He also intends to have all teachers in Sorsogon especially those teaching History and Social Studies to visit the soon-to-open Museo Sorsogon, the provincial museum as well as all other historical and tourist destinations to broaden their knowledge about the province.