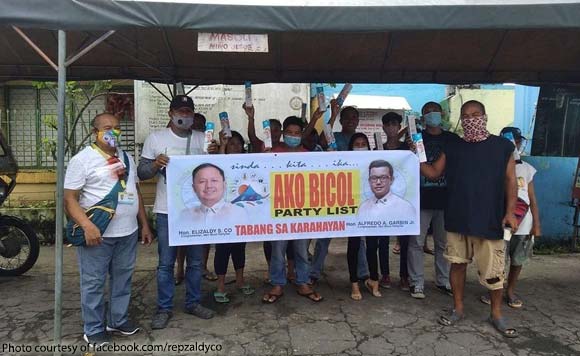 Recent beneficiaries were the provinces of Camarines Sur and Camarines Norte as well as Masbate.

“In Masbate, faceshields were donated to the teachers of Pio V. Corpus Central School, Poblacion. In Camarines Sur, Del Rosario High School received faceshields and bond paper; and in Bato and Iriga, tricycle and padyak drivers,” said the solon.

He also said that the following barangays were also given faces hields: barangays Cayaoyao, Hiwacloy, Tambangan and San Jose in Partido Areas.