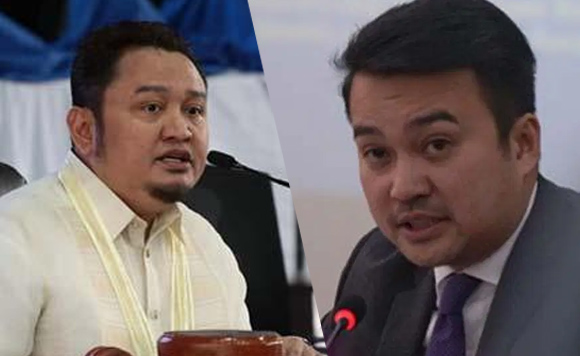 Albay Vice Governor Edcel Grex Lagman said that the election of Marinduqe Rep. Lord Allan Velasco as Speaker should be done at the House of Representatives.

Lagman agreed with his father Albay Rep. Edcel Lagman that the election of Velasco was done by a “rump assembly.”

The older Lagman, in a statement, noted that the supposed election today is nothing but a show of force or numerical superiority of the Velasco camp.

The Albay lawmaker also said that Velasco must be elected during a public session at the lower House in order to legitimize his election.

“I agree, Rep. Edcel C. Lagman, not just because you’re my father but because this view is the constitutional and correct one,” said the Albay Vice Governor.

A total of 186 lawmakers voted to install Velasco today as their new House Speaker. The election was held outside the Batasang Pambansa or at the Celebrity Sports Plaza.