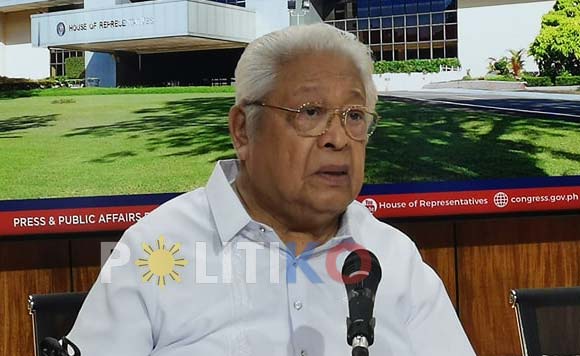 Lagman said he “tried not to meddle” in what he called as the so-called “intramurals of the majority coalition” on the Speakership row being a member of the independent opposition, but he could no longer stay silent since the leadership issue is already “damaging both the institution and the public interest.”

Lagman stressed that to honor the term-sharing agreement, Cayetano “must not only offer to resign but must irrevocably resign,” adding that the rejection by members of the majority coalition of the Taguig-Pateros congressman’s “offer to resign” as from the House leadership last week “was a moro-moro” and “an inordinate sham.”

It is only proper for the members of the supermajority to honor the term-sharing agreement which was the decision of President Rodrigo Duterte, the supreme leader of the coalesced majority, according to Lagman.

“As far as the majority is concerned, what the President Duterte brokered must not be broken,” said Lagman.

According to Lagman, Cayetano’s unyielding hold on to the Speakership, even as this violates the term-sharing deal, “is linked to his ambition to run for President in 2022, which he does not deny.”

He noted that in reality, “no Speaker since the 8th Congress after EDSA, and even before, has been ‘elected’ without the blessings of the President.”

Lagman said he is bothered that even as Cayetano invokes that it was agreed upon that in the event of a Velasco takeover, the vital House positions and committee chairmanships will be maintained since the lawmaker from Taguig-Pateros had “preempted and torpedoed this agreement” by initially ousting allies of Velasco from key positions in the House leadership.