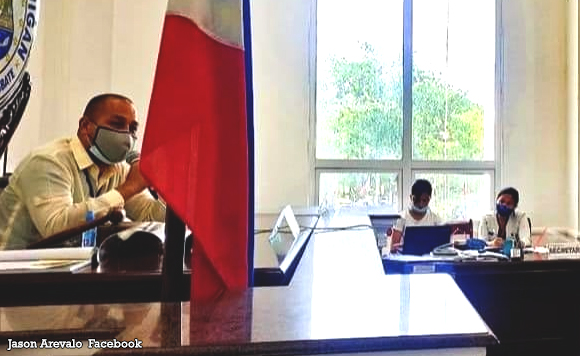 Masbate Senior Provincial Board Member Jason Arevalo has broughty out some scalding tea amid the speakership row at the House of Representatives.

“Those named Peter seem to always have trust issues. They can’t seem to keep their promises,” said Arevalo, noting that: “The one I earlier knew had denied his Lord three times.”

“Yet another named Peter denies a Lord this time around.”

At the lower House, Speaker Alan Peter Cyetano and Marinduque Rep. Lord Allan Velacso had a term-sharing agreement, which was brokered by President Rodrigo Duterte himself.

But drama unfolded at the lower chamber after Cayetano offered to resign only to be rejected by his allies.

“And both seem to carry the Word in their mouths. The first one the Word of the real Lord, the other that of a Lord in this world,” said Arevalo.

“For doing so [I mean some kind of denying], the first became the rock upon which the House of the Lord was built. The other has kept the House his political lord leads,” he added.

“But the parallelism doesn’t end there. As my good friend AR Fisheries quipped, both have kept the keys,” the politiko also said.