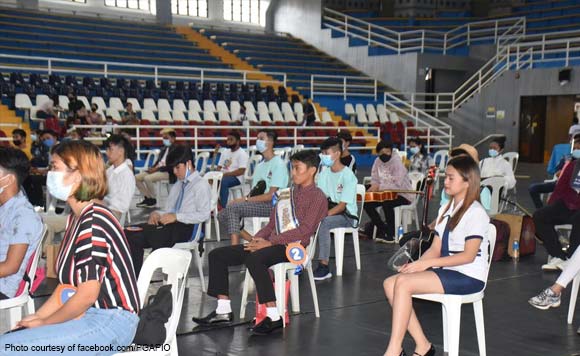 The Provincial Government of Albay, headed by Gov. Al Francis C. Bichara, showcased the skills and potential of Albayano youth in a series of creative expression contests.

Gov. Bichara called on the participants for a unified hope to fight mental health illness among youth, especially during this pandemic. The governor also compared human life to a beautiful book which consists of the “ups and downs” of it.

He likewise encouraged the youth to never give up no matter what challenges they may face.

For his part, PYDO Head Mr. Rhondon Ricafort said that they will begin its pilot project that will focus on mental health in Sto. Domingo after 10 recorded suicide cases including five on youth, since the start of pandemic.

“Together with the LGU, Social Action Center, Youth Group of the Catholic chruch, DOH, Provincial Health Office, psycho-spiritual approach towards immediate family, relatives and friends will be conducted. The PGA will also engage universities and other schools which offer Psychology programs to immerse their students with the said project,” the capitol said.