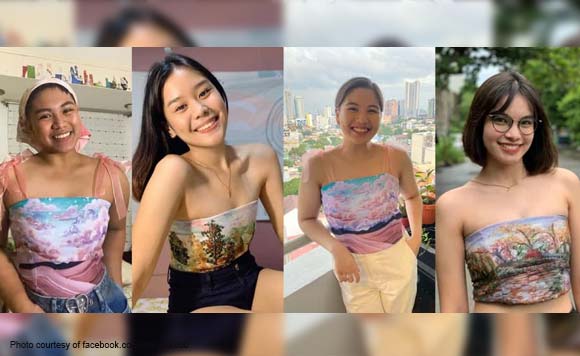 Vice President Leni Robredo adores the bond that her daughter Jillian has with her closest friends.

In a Facebook post, Robredo shared that Jillian and her t friends Brie, Pau, and Nica have been together since the fourth grade and remained close despite going to different schools.

They even make sure to have twinning outfits even if they’re not with each other.

Robredo learned that Brie sent the same tops to the girls in the group and they wore them at the same time so that they could have twinning outfits even if they were only together virtually.

But the VP was also challenged.

She called on her friends to prepare their own twinning outfits as well.

What will they wear?

“Jillian, Brie, Pau and Nica were classmates since pre-school and were best friends since Fourth Grade. They competed with each other academically but they were a team. They did almost all things together – from Math contests to swimming competitions to travelling. When they entered High School, they went to different schools already but have made it a point to spend time together whenever they can. Sometimes, they would come and sleep over.

A few days ago, Brie sent this top to Jillian from Naga by mail. Apparently, she also sent similar ones to Nica and Pau. So today, they wore them para maka “twinning” pa din sila kahit virtually lang. So happy these girls have remained the same after all these years.

The tops were handpainted by their friend in Naga, Tisha Rose Chavez. She’s the younger sister of their classmate, Danielle.

Jillian, Brie, Pau and Nica were classmates since pre-school and were best friends since Fourth Grade. They competed…