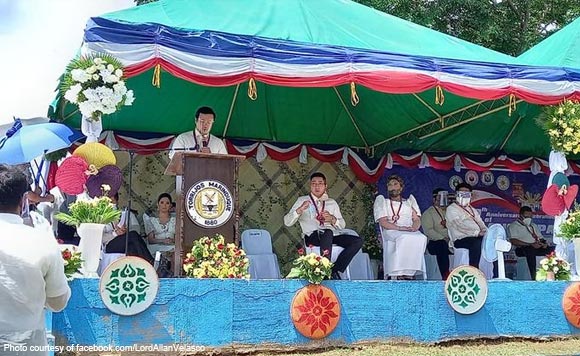 Marinduqe Rep. Lord Alan Velasco has spearheaded recently the celebration of the 120th anniversary of Battle of Pulang Lupa in the province

The Battle of Pulang Lupa in the town of Torrijos was the first significant victory of Filipino fighters against US forces during the Philippine-American War in the 1900s.

“The 120th commemoration of the Battle of Pulang Lupa relives once again the gallantry of Marinduquenos in defending our nation. Their bravery and sacrifices for love of country and freedom shall forever remain as inspiration,” Velasco said.

“We are very honored that General Cascolan accepted our invitation to grace the commemoration of the Battle of Pulang Lupa, which is not only significant in the history of Marinduque, but to the Filipino nation as well,” Velasco said.

The commemoration was held on September 13 in Bolo, Torrijos where the Pulang Lupa Shrine is located.

The wreath-laying ceremonies was led by Cong. Velasco, Marinduque Governor Presbitero Velasco Jr., Torrijos Mayor Lorna Velasco as well as other local officials of the province.