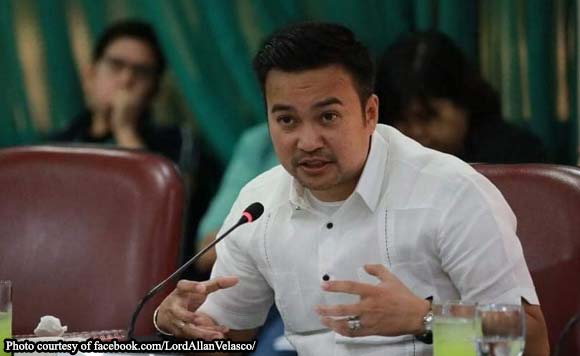 The House local government panel approved the House Bill 6552 recently, to the delight of the Marinduque solon.

Velasco’s measure seeks to declare February 21 as a special non-working holiday in the province to allow the Marinduquenos to celebrate the occasion.

“The foundation day of a province is a reminder to the local community about the long standing culture and tradition of the province,” Velasco said.

“The festivities that accompany the celebration are part of the Filipino culture. They boost the morale of our people and forge a stronger bond among the local population,” he added.

According to the solon, Marinduque is known to be the “Heart of the Philippines” and home of the Moriones Festival.

“A province’s founding anniversary is a reminder to the local community of the long standing culture and tradition of the province. It also boosts the morale of everyone in the community,” said Velasco in the bill’s explanatory note.

“The annual festivities that often company this type of holiday often build stronger bonds among the local population. Hence, without a doubt, the celebrations and festivities during municipal, city and provincial foundation days from part and parcel of the Filipino culture,” said Velasco.