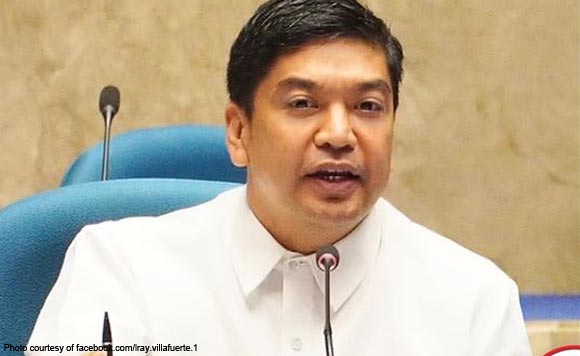 Camarines Sur Rep. Luis Raymund Villafuerte has asked the ranking officials of the Philippine Health Insurance Corporation to sign a waiver and open their bank accounts for investigation.

The House of Representatives today started its probe on the alleged corruption within the state run insurance corporation.

“During the hearing on the alleged Philhealth scam, I requested all senior officials of Philhealth to sign a waiver authorising the Anti-Money Laundering Council ( AMLC) to open up and investigate all of their bank deposits and banking transactions including members of their family to show the people that they did not enrich themselves through fraudulent means,” said Villafuerte.

Villafuerte likewise asked the Philhealth officials to subject themselves to AMLC to pinpoint those “involved in the said anomalies that (sic) has been ongoing even in the previous administrations.”

“From the cataract surgery scam in 2015, excessive travel allowance for Philhealth Interim Chief in 2017, the employees protest to mismanagement in 2018, to the kidney treatments of ghost patients in 2019, the rise of OFW contributions and other issues surrounding the agency,” said Villafuerte.

“The corruption in our healthcare system is unacceptable and distasteful especially at this time of pandemic where everybody else is struggling to survive,” he added.

PhilHealth officials are accused of having stolen some P15 billion from its fund through a fraudulent scheme. PhilHealth President and CEO Ricardo Morales has categorically denied the allegations.

“It is highly important that we demand efficiency and reliability in our healthcare system to better respond to this crisis we are facing,” said the CamSur solon.