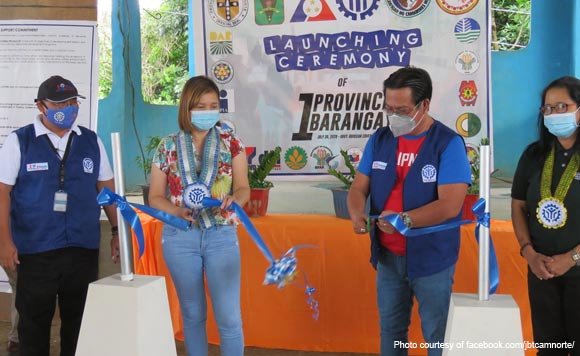 Camarines Norte Rep. Josie Tallado graced the launching of the historic 1 Province 1 Barangay recently, with the theme: “Establishment of the Production Site and Trading Center of the Agricultural Products.”

Also in attendance were PB Danilo Bequio of Guisican and PB Medel Labayan from Bayabas, Labo.