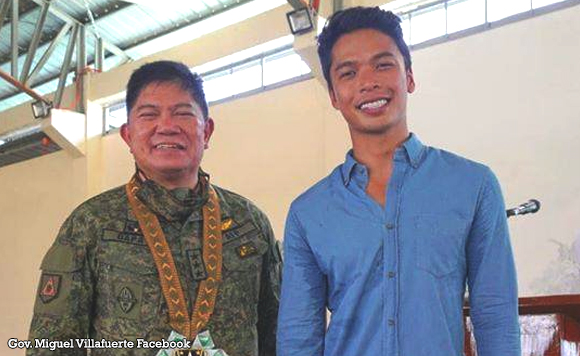 Camarines Sur Governor Miguel Villafuerte has hailed the appointment of Lt. General Gapay as the next chief of the Armed Forces of the Philippines.

“Your work as former South Luzon Commander speaks volumes about your commitment to our country,” he added.

Villafuerte said that he is confident that the Philippine Army is in the good hands under Gapay’s leadership.

Gapay earlier thanked President Rodrigo Duterte, the army’s commander in chief, for his trust and confidence in giving him the opportunity to lead the Armed Forces of the Philippines.

“As your incoming Chief of Staff of the Armed Forces of the Philippines, we will build on the gains of our predecessors whose labors made the AFP an able agent for the betterment of our people and country,” said Gapay.