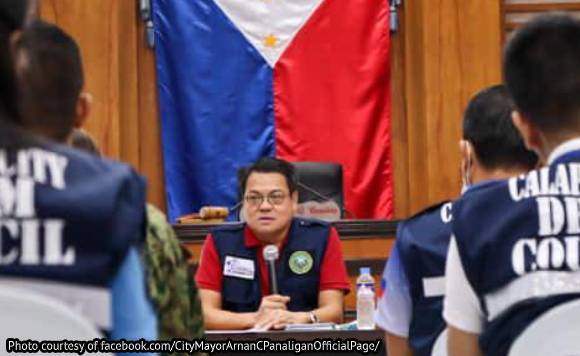 Mayor Arnan C. Panaligan spearheaded the groundbreaking of the Calapan City Coliseum, the first coliseum in the whole province of Oriental Mindoro.

The said multi-purpose facility in normal times will serve as the venue for big sporting events, concerts, assemblies and other big events.

“In times of disasters and pandemic outbreaks, it can serve as quarantine area, evacuation center, emergency field hospital and triage area,” the city government said.

The said coliseum is located in a 4 hectare lot in Bgy. Masipit owned by the City Government of Calapan which was purchased in 1997 through the funding allocated by then First District Congressman Renato V. Leviste who was also present at the groundbreaking rites.

“The access road to the site with an area of 6,040 square meters was donated by the Concepcion Family represented by Mr. Gerry Concepcion who attended the event,” said the city government.

City Mayor Arnan C. Panaligan described the project as a “worthy investment” for the future development of Calapan City and a legacy project for the people.