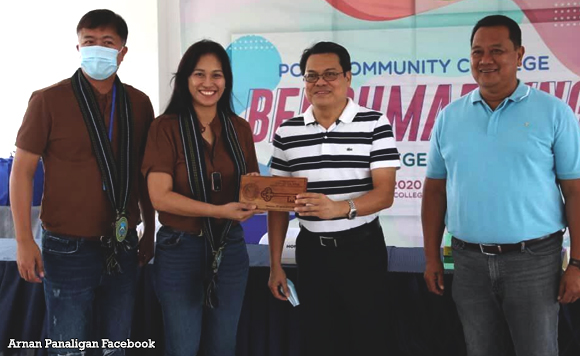 0 89
Share
Want more POLITIKO News? Get the latest newsfeed here. We publish dozens and dozens of politics-only news stories every hour. Click here to get to know more about your politiko - from trivial to crucial. it's our commitment to tell their stories. We follow your favorite POLITIKO like they are rockstars. If you are the politiko, always remember, your side is always our story. Read more. Find out more. Get the latest news here before it spreads on social media. Follow and bookmark this link. https://goo.gl/SvY8Kr

Joining the Cruz and Panganiban were the municipal councilors, department heads and other local officials who visited City Hall to be briefed on the operations of the City College of Calapan.

Meanwhile, Mayor Panaligan also graced the League of Cities of the Philippines (LCP) zoom conference on the Experience of Baguio City in the Contact Tracing of Covid-19 Cases.

The sharing was done by Baguio City Mayor Benjamin Magalong.