CamSur Rep. Bordado on losing legislative battles: I am upholding what my constituents want 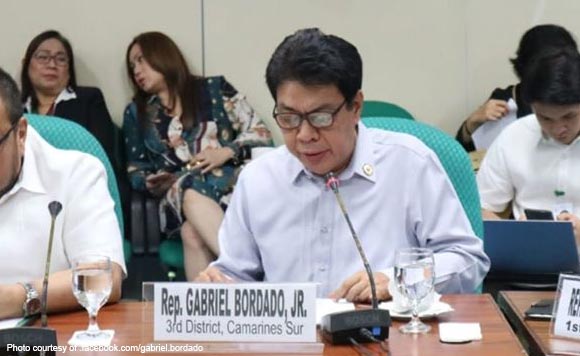 Despite losing his legislative battles since 2016, Camarines Sur Rep. Gabriel Bordado shared that he is just standing up for what his constituents really believe in.

Bordado recalled that since 2016, he voted against controversial measures such as the death penalty bill, anti-terrorism bill, and recently the non-renewal of ABS-CBN franchise.

“LOSING BATTLES: Since 2016, I have been trying to uphold what my constituents really want, articulating them in the House committees and the plenary, including, among other things, the non-extension of martial law in Mindanao, protection of human rights, anti-death penalty, non-expansion of the executive powers, non-passage of the anti-terrorism bill, and most recently, the granting of a new franchise to ABS-CBN, Bordado said.

Bordado joined the other 10 lawmakers who voted against a committee report that denied the franchise application of ABS-CBN network.

“I lost in all these legislative battles. But as Atty. Ricardo Ric Diaz puts it, ‘we fight battles not always to win but to make a stand for what we–AND OUR PEOPLE–believe in,” he said.

Bordado is part of the minority bloc at the House of Representatives.