VP Robredo shares miracle photo, marks what would have been her 33rd wedding anniversary 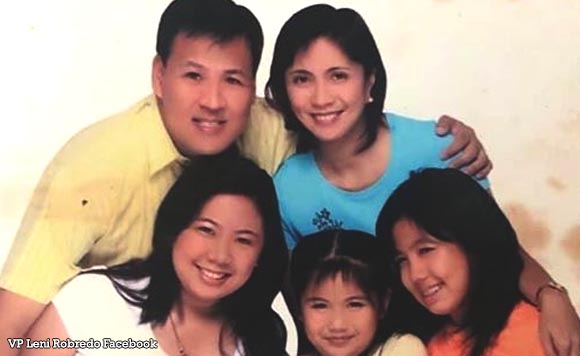 Vice President Leni Robredo would have celebrated her 33rd wedding anniversary with her husband Jesse on June 27 had he not died tragically in a plane crash.

But Robredo was left with happy memories, including a family photo that survived from Jesse’s plane crash.

The Vice President shared the photo on Facebook and said Jesse had kept it in his wallet.

The wallet was retrieved from the sea where Jesse’s plane crashed, and the photo miraculously survived with just a few water marks, she said,

Jesse’s wristwatch also remained working even if it had been submerged in water for three days.

Jesse will forever be in their memories!

“Yesterday, the 27th of June, would have been our 33rd Wedding Anniversary. Remembered this picture from many years back which was in Jesse’s wallet, the one which was retrieved under the sea after the plane crash. Miraculously, this survived with just a few water marks. The wrist watch he was wearing was also still working so well even if it was underwater for 3 days,” Robredo posted.