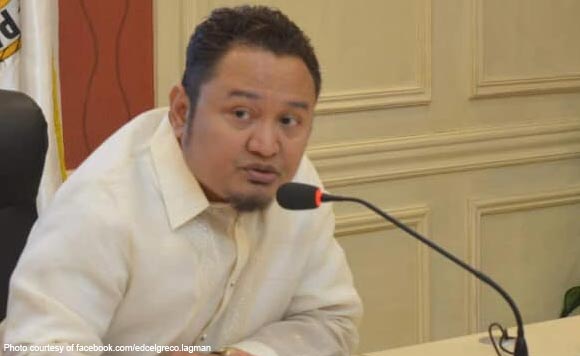 0 120
Share
Want more POLITIKO News? Get the latest newsfeed here. We publish dozens and dozens of politics-only news stories every hour. Click here to get to know more about your politiko - from trivial to crucial. it's our commitment to tell their stories. We follow your favorite POLITIKO like they are rockstars. If you are the politiko, always remember, your side is always our story. Read more. Find out more. Get the latest news here before it spreads on social media. Follow and bookmark this link. https://goo.gl/SvY8Kr

Albay Vice Governor Edcel Lagman has scored Speaker Alan Cayetano for washing his hand off the shutdown order against ABS-CBN.

In a statement today, Cayetano said that the NTC “ambushed” the Congress when it issued the cease and desist order against the broadcast giant ABS-CBN.

He also said that the NTC succumbed to the pressure of Solicitor General Jose Calida.

“As for the sudden flip-flopping of the NTC and the unconstitutional meddling by the Solicitor General in the business of Congress, I promise you – there will be a reckoning,” Cayetano said in a statement.

However, Lagman said that a sincere apology and a commitment to action would have done a lot of good that pinning the blame to NTC and Calida.

“A good leader would have said: ‘I take full responsibility. I will assure the public that Congress will act on ABS CBN’s application ASAP’,” Lagman pointed out.

According to him, Cayetano’s statement would have set the stage for Congress to redeem itself.

“Congress’s Constitutional duty and the public’s right to information in these extraordinary times should be paramount,” said Lagman.

Cayetano earlier said that ABS-CBN network may continue to operate sans franchise while their bills are pending in Congress.

He also sought for the issuance of provisional permit to operate to ABS-CBN.