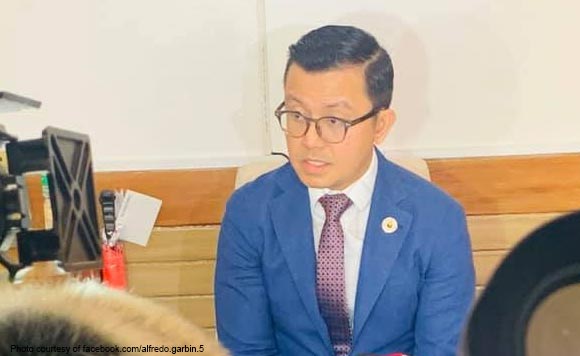 Garbin claimed that the order is “insensitive” to the plight of the Filipino people amid the global health crisis.

Yesterday, the regulatory body directed ABS-CBN to stop the operations of its various TV and radio broadcasting stations nationwide “absent a valid Congressional Franchise as required by law.”

“This Cease and Desist Order reneges and is a complete turnaround from the NTC’s assurance made on 10 March 2020 that NTC would issue a provisional authority for ABS-CBN, as requested in a letter by the House of Representatives’ Committee on Legislative Franchises,” the Ako Bicol solon said.

“It should also be pointed out that the Secretary of Justice had been unequivocal in his position that issuance of the provisional authority is legal and justified and the equitable course of action,” he said.

Justice Secretary Menardo Guevarra said that ABS-CBN can operate sans legislative franchise while the bills seeking to renew its franchise are pending in Congress.

“Concomitantly, with the position taken by the Secretary of Justice and of Congress, the NTC should have acceded to the directive for the issuance of a provisional authority sans any court order to the contrary,” he said.

“Finally, I find the Order inappropriate and insensitive to the plight of the Filipino people in its fight against the COVID pandemic. ABS CBN plays a huge role in our fight against the virus, not only in terms of information dissemination, but also in terms of civil society assistance to the government efforts and in securing employment to the thousands of its employees,” he added.

“I thus implore the NTC to immediately recall its Cease and Desist Order, not only out of respect to Congress and the Secretary of justice, but also, both as compliance with laws and precedents and out of delicadeza to the Filipino people,” added Garbin.