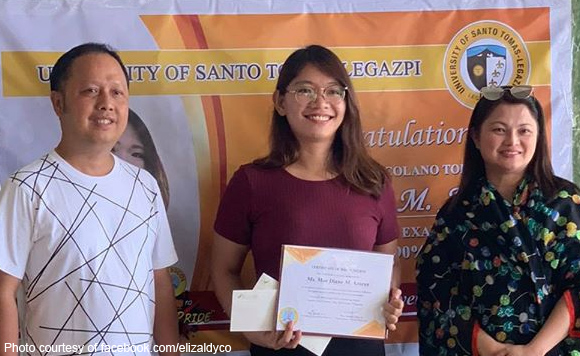 Rep. Co was joined by gis wife Mylene Co to congratulate Azores, who graduated from the University of Santo Tomas-Legaspi.

“Accompanied by her family, Ms. Azores received a certificate of recognition and a cash reward from Congressman Co for her outstanding achievement,” Co’s office said.

“Cited for her hard work, passion and courage, Ms. Azores’ achievement is proof that Bicolanos can attain their dreams if they put their heart into it, according to Congressman Co,” it added.

The Supreme Court released the results of the 2019 Bar examinations last April 29.