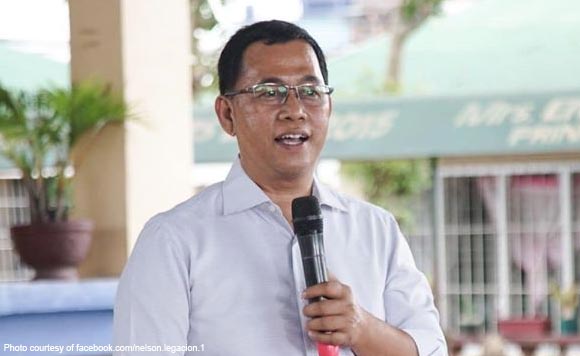 0 534
Share
Want more POLITIKO News? Get the latest newsfeed here. We publish dozens and dozens of politics-only news stories every hour. Click here to get to know more about your politiko - from trivial to crucial. it's our commitment to tell their stories. We follow your favorite POLITIKO like they are rockstars. If you are the politiko, always remember, your side is always our story. Read more. Find out more. Get the latest news here before it spreads on social media. Follow and bookmark this link. https://goo.gl/SvY8Kr

Naga Mayor Nelson Legacion is setting up a new Facebook page to allow him to communicate better with his constituents.

Legacion, in a Facebook post, said the old page Team Naga-Team Legacion would be unpublished soon, and he would set up a new official page.

The new one would be called Mayor Son Legacion, and in it, he would update his constituents about what is happening in the city, including efforts to fight COVID 19.

Due to some technical issues, the page Team Naga – Team Legacion will be unpublished soonest. Around the same time I will open my new and official Facebook Page – Mayor Son Legacion – where I will update you of all the happenings in our beloved city including those involving our fight against COVID-19.