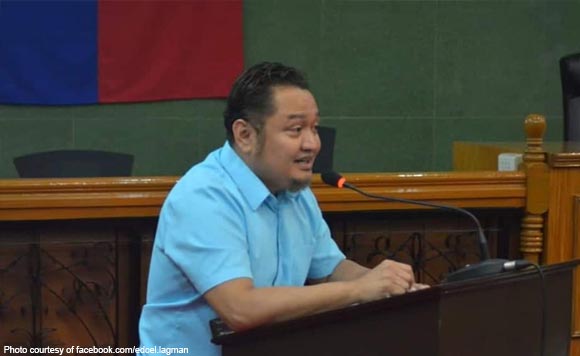 It looks like even election of councilors’ league officials ins’t spared from polling problems and fraud allegations.

Albay Vice Gov. Grex Lagman lamented the failure of elections at the polling for new officers of the Philippine Councilors’ League.

In a Facebook post, Lagman said the automated polling system showed errors and glitches, so the Department of Interior and Local Government recommended the declaration of a failure of elections.

The National Board also passed a resolution for an immediate investigation.

A proposal to continue elections manually was shut down since many councilors had already left the venue.

Lagman, himself a former councilor, said he felt bad for first-terrmers who may think this kind of controversy and disenfranchisement is normal in the league.

It is never right to cheat to get what you want; the end never justifies the means, he said.

“Latest update to guide all councilors about the most unfortunate failure of elections in the PCL’s nationals:

1. An emergency meeting of the National Board (NB) was called at about 5 PM today to discuss the PCL National Elections. The DILG, supervising agency of the elections, thru Usec. Densing and Director Pasaraba, explained that after several testings of the automated system, it showed errors and glitches . They recommended to the NB to declare a failure of elections After a long discussion, NB passed a resolution postponing the elections to a later date and an Ad Hoc Committee is formed to coordinate with DILG to set the date of elections within 60 days from today. On whether it will be regional or provincial level, the committee will make a recommendation to NB within 10 days;

2. The NB also passed a resolution to conduct an immediate investigation on the failure of the automated syatem and to report its recommendations to the NB within 15 days from today . A committee was formed to conduct the investigation and the board approved a 3 -man committee with Corro( Muntinlupa), Garcia ( Cebu ) and Icay ( Taguig) as members;

4. A formal statement on the results of the NB meeting shall be made thru social media.

5. Both Salceda and Dayanghirang accepted the NB resolutions and they both abstained from voting.

No need for barangay lockdown after a new COVID 19 patient…