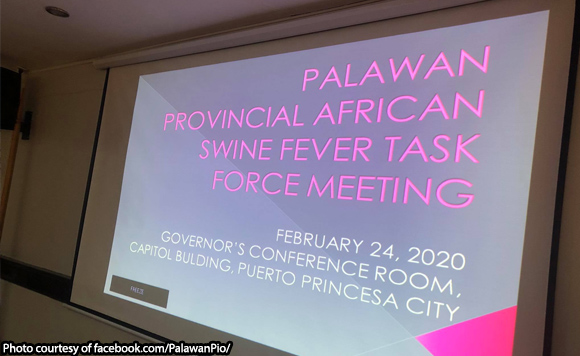 0 503
Share
Want more POLITIKO News? Get the latest newsfeed here. We publish dozens and dozens of politics-only news stories every hour. Click here to get to know more about your politiko - from trivial to crucial. it's our commitment to tell their stories. We follow your favorite POLITIKO like they are rockstars. If you are the politiko, always remember, your side is always our story. Read more. Find out more. Get the latest news here before it spreads on social media. Follow and bookmark this link. https://goo.gl/SvY8Kr

Officials from the Palawan Capitol held a meeting to discuss the preventive measures it will undertake against African Swine Fever.

The tackled the measures to be implemented to ensure that Palawan will remain free from ASF.

Also in attendance were representatives from various government agencies.

Meanwhile, 47 corn growers in the province have received aid from the provincial government for 2019 thru the Corn Production Program of the Office of the Provincial Agriculturist (OPA).