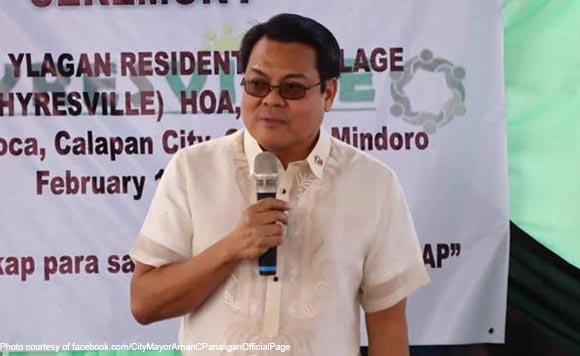 0 676
Share
Want more POLITIKO News? Get the latest newsfeed here. We publish dozens and dozens of politics-only news stories every hour. Click here to get to know more about your politiko - from trivial to crucial. it's our commitment to tell their stories. We follow your favorite POLITIKO like they are rockstars. If you are the politiko, always remember, your side is always our story. Read more. Find out more. Get the latest news here before it spreads on social media. Follow and bookmark this link. https://goo.gl/SvY8Kr

For Calapan Mayor Arnan Panaligan, becoming a local chief executive is an invaluable experience that prepares one for greater responsibility that covers a national scope.

Panaligan shared his thoughts in a Facebook post as he talked about the book he is currently reading, which is “If Mayors Ruled the World” by Benjamin Barber.

In his post, he said Barber contended that national governments anywhere were too slow and too dysfunctional to address the needs of the people and the problems they face because they are distracted by politics and infightings.

Mayors. on the other hand, are doing a better job addressing a host of problems.

Barber further argues that that the city is democracy’s best hope in a globalizing world and that mayors are already proving that this is so.

Panaligan is convinced, and noted that the book’s thesis has been validated by the performance of the city mayors and the results they have brought about.

He stands by this view despite what people might think of the President, who also started off as a city mayor.

For Panaligan, city halls are still the best place to recruit people for national leadership.

Is he preparing for a higher national office?

“At Kalap Civic Park, City Hall Complex – the book I’m reading, “If Mayors Ruled the World” by Benjamin Barber argues that national governments in almost all countries in the world are dysfunctional, too slow to respond to a variety of issues and problems and distracted by divisive politics and infighting. Cities and City Mayors, according to Barber, are in a better position to address and solve the big problems of the 21st century. The author shows how City Mayors are doing a better job than national leaders in solving problems from poverty to climate change, from peace and order to trafficking in drugs and people. The author makes a persuasive case that the City is democracy’s best hope in a globalizing world and that City Mayors are already proving that this is so. Of course there are exceptions, but in general, Barber’s observations have been validated by actual results and performance of City Mayors. In our country’s case, regardless of what others may think of the current occupant in Malacanang who came directly from City Hall, I believe in the validity of Barber’s arguments. City Halls are still the best place to recruit people for national leadership, including the Presidency. – City Mayor Arnan C. Panaligan,” Panaligan posted.

Fish be with you! Mercedes Councilor Charlie Villamarzo…