What is this animal? Albay Vice Gov. Grex Lagman twits solgen for wrong move vs ABS-CBN 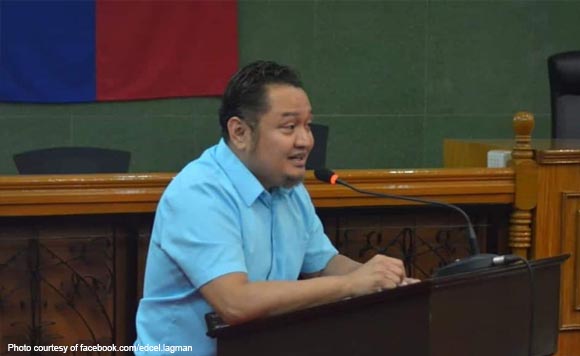 0 1,204
Share
Want more POLITIKO News? Get the latest newsfeed here. We publish dozens and dozens of politics-only news stories every hour. Click here to get to know more about your politiko - from trivial to crucial. it's our commitment to tell their stories. We follow your favorite POLITIKO like they are rockstars. If you are the politiko, always remember, your side is always our story. Read more. Find out more. Get the latest news here before it spreads on social media. Follow and bookmark this link. https://goo.gl/SvY8Kr

Lagman said the Supreme Court is not a trier of facts, so Calida is barking up the wrong court.

He also said he did not expect that the quo warranto petition could become so powerful and so prone to judicial abuse.

The quo warranto has become so effective since the executive has become stronger than Congress’ checking authority and the high tribunal’s duty to balance the power dynamics, he added.

It was the same mode used to oust Maria Lourdes Sereno as Chief Justice.

And it might just prove effective in taking down a network as well via the voiding of its franchise that is supposed to be in the province of the legislature, he said.

“Mr. Sol Gen Calida, sir: the SC is not a trier of facts. You’re barking up the wrong court. It’s the RTC that has jurisdiction over your petition for quo warranto.

Never have i imagined that this special civil action under the Rules of Court can become so powerful and so prone to judicial abuse. Lalo na under this administration where the power of the executive is inordinately strong as compared to Congress’s checking authority and the Suprem Court’s duty to balance the power dynamics.