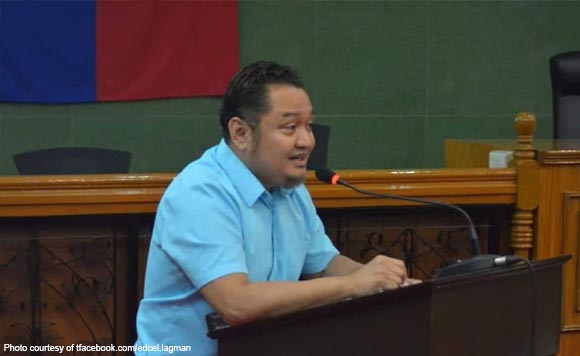 0 536
Share
Want more POLITIKO News? Get the latest newsfeed here. We publish dozens and dozens of politics-only news stories every hour. Click here to get to know more about your politiko - from trivial to crucial. it's our commitment to tell their stories. We follow your favorite POLITIKO like they are rockstars. If you are the politiko, always remember, your side is always our story. Read more. Find out more. Get the latest news here before it spreads on social media. Follow and bookmark this link. https://goo.gl/SvY8Kr

Albay Vice Governor Edcel Lagman told Solicitor General Jose Calida that he is “barking up the wrong court” with filing a quo warranto petition before the Supreme Court.

Lagman, a lawyer, said that the Supreme Court is not a trier of fact, hence his petition to revoke the legislative franchise of ABS-CBN due to alleged constitutional violence should’ve been filed in a regional trial court.

“Mr. Sol Gen Calida, sir: the SC is not a trier of facts. You’re barking up the wrong court. It’s the RTC that has jurisdiction over your petition for quo warranto,” said Lagman.

Under the law, the Supreme Court and the regional trial court have concurrent jurisdiction to entertain quo warranto petitions.

“Never have i imagined how this special civil action under the Rules of Court can become so powerful and so prone to judicial abuse under the present dispensation where the power of the executive has waylaid the checks of Congress and the Court’s balance,” he said.