Salceda downplays effect of VFA termination: ‘We want them, they need us’ 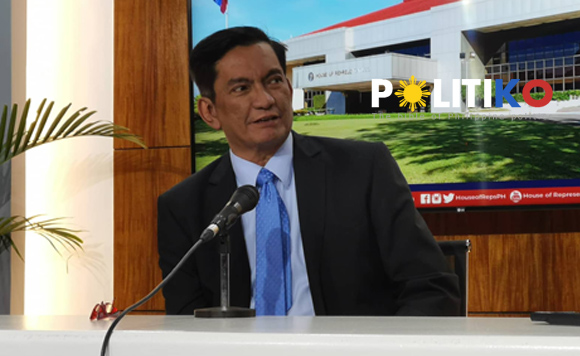 0 1,025
Share
Want more POLITIKO News? Get the latest newsfeed here. We publish dozens and dozens of politics-only news stories every hour. Click here to get to know more about your politiko - from trivial to crucial. it's our commitment to tell their stories. We follow your favorite POLITIKO like they are rockstars. If you are the politiko, always remember, your side is always our story. Read more. Find out more. Get the latest news here before it spreads on social media. Follow and bookmark this link. https://goo.gl/SvY8Kr

The country’s withdrawal from the Visiting Forces Agreement (VFA) would bolster the country’s independent foreign policy, according to Albay Rep. Joey Salceda.

The chairman of the House committee on ways and means downplayed the impact of the termination of the VFA, saying it would “enhance the country’s diplomatic leverage and strengthen the country’s justice system, with little or no economic and geopolitical cost.”

“What motivates our irrational fear of a total abandonment by the US is primarily sentimental,” Salceda said.

“For decades, we have regarded the United States as a sentimental partner, even as it has set sovereignty-eroding conditions such as ‘parity rights,’ even for such basic gestures of friendship as reconstruction payments for the Second World War,” he said.

But Salceda said “it would be a fallacy to suggest that abandoning the VFA risks our entire trading and investment relationship with American businesses.”

“We have no quarrel with the American people. We will not tax them higher or price them out just because they are American. But we would like their government to reconsider its actions pertaining to our exclusively domestic concerns,” he said.

“The US ‘pivot’ to Asia would lose a vital component without the Philippines,” Salceda stressed.

“Meanwhile, our primary benefit from US-Philippine relations (trade and investment) is perfectly substitutable, if it has to come to that,” he said.

“Sometimes, we want them, but always, they need us,” Salceda said.