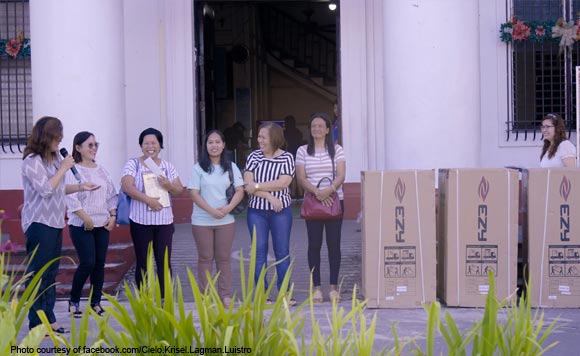 Maybe officials could use these to store milk?

Better nutrition is coming for children in Tabaco City, thanks to 47 new refrigerators that would be distributed to Child Development Centers.

Mayor Cielo Lagman Luistro said in a Facebook post that this project was in conjunction with the 120-day supplemental feeding program of the Department of Social Welfare and Development,.

The program is meant to address malnutrition, which a Senator had attributed to lack of affordable milk and which led to students’ poor performance in school.

Luistro said the refrigerators would be used to store perishable goods for the feeding program.

Tabaco was recognized as the best implementor of the program last year, and it looks like it may be on track to repeat the feat this year!

“Distribution of 47 units refrigerator for all the 57 Child Development Centers in Tabaco City. This is in conjunction with the 120-day Supplemental Feeding Program of the DSWD to address the malnutrition problems of the City. These refrigerator units will serve as storage for all the delivered perishable goods for the feeding program.