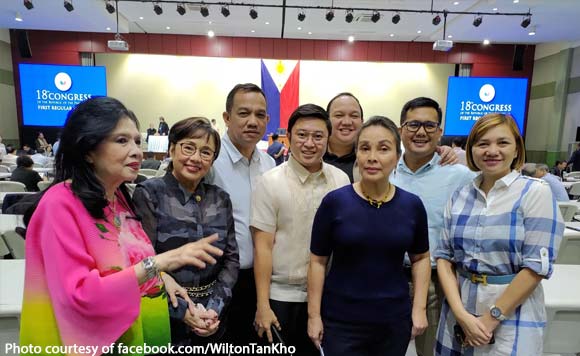 Masbate Rep. Tonton Kho feels proud to be part of the House of Representatives’ “historic” move to hold a plenary session in Batangas City.

The House members traveled to Batangas to see for themselves the situation in the province after it was hit by Taal Volcano’s eruption.

This was despite warning from experts that the volcano could still erupt.

In a Facebook post, Kho said the Batangas session was a rare opportunity for the lawmakers to listen to the first responders and those directly affected by the eruption.

This will help the poliitkos craft laws that meet the needs of the victims, he said.

For him, bringing the House closer to the people is a good move!

“Amidst imminent eruption, we the members of the 18th congress decided to hold our regular session in Batangas City to show solidarity amongst the evacuees of Laguna, Cavite, Batangas. In addition, we took advantage of this rare opportunity to listen to the first responders, and to those directly affected by the calamity in order to craft laws that are responsive to the needs of the victims. I am proud to be a part of this historic moment, for this is the first time that the session was held outside the plenary hall of the House of Representatives, Quezon City.

Bringing the HoR closer to the people!” Kho shared.