Cam Sur Rep. Gabriel Bordado goes on a tour of his own province 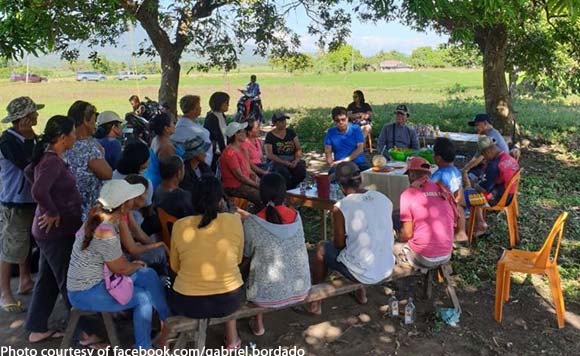 Camarines Sur Rep. Gabriel Bordado doesn’t want to be a stranger in his own home.

This was why he took the effort to get to know its people better by visiting its barangays for the past three weeks.

In a Facebook post, he said he started his visit in Naga City, where he joined Mayor Nelson Legacion in attending official functions, such as rice distribution.

He then went on to inaugurate projects in several other areas.

By going to Camarines Sur’s various corners, he got to know its people better.

This way he would become a better lawmaker and politiko!

“INTERACTING WITH MY PEOPLE: For the past 3 weeks, I have been visiting various barangays in my district. I started off in Naga City (the heart of Bicol) where, more often than not, I was with MAYOR Nelson Legacion attending official functions or engaging in rice distribution through the SANGGAWADAN program. Then, I led the inauguration of projects in CALABANGA, CAMALIGAN, CANAMAN, PILI, MAGARAO, and BOMBON.

Today, I dropped by OCAMPO, interacting with my constituents in Villa Florida, Poblacion, La Purisima, Cagmanava, San Antonio, and Ayugan. As British author Ken Robinson puts it, “IT IS ONLY BY INTERACTING WITH OTHER PEOPLE THAT YOU GET ANYTHING INTERESTING DONE.” Bordado posted.