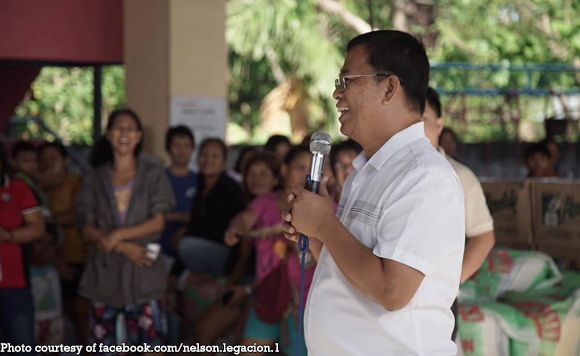 0 478
Share
Want more POLITIKO News? Get the latest newsfeed here. We publish dozens and dozens of politics-only news stories every hour. Click here to get to know more about your politiko - from trivial to crucial. it's our commitment to tell their stories. We follow your favorite POLITIKO like they are rockstars. If you are the politiko, always remember, your side is always our story. Read more. Find out more. Get the latest news here before it spreads on social media. Follow and bookmark this link. https://goo.gl/SvY8Kr

Mayor Nelson Legacion has conducted a dialogue with various stakeholders today amid the implementation of the stricter towing and wheelclamp ordinance in Naga City.

Legacion, Public Safety Officer Renne Gumba, as well as other city councilors were present during the said dialogue with the business sector.

“With the implementation of the #TowingAndExpandedWheelClampOrdinance now in full swing, the business sector in the city had a dialogue this afternoon with Mayor Nelson Legacion, Public Safety Officer Renne Gumba, and the city councilors, to raise before them some of their concerns with regards to the implementing rules and guidelines of the ordinance,” the city government said.

Among the particular concerns raised were the designated parking areas and other policies, that is being deemed to “affect and pose inconveniences in” their conduct of business in the city.

“Mayor Son assured the business sector that they will take the matter into consideration and will ensure to come up with a win-win solution that will meet halfway their needs and those of the public welfare and safety,” the city government said.