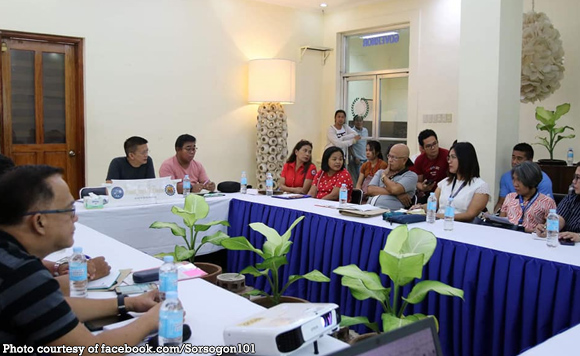 0 696
Share
Want more POLITIKO News? Get the latest newsfeed here. We publish dozens and dozens of politics-only news stories every hour. Click here to get to know more about your politiko - from trivial to crucial. it's our commitment to tell their stories. We follow your favorite POLITIKO like they are rockstars. If you are the politiko, always remember, your side is always our story. Read more. Find out more. Get the latest news here before it spreads on social media. Follow and bookmark this link. https://goo.gl/SvY8Kr

Sorsogon Governor Francis “Chiz” Escudero has called for a meeting with the representatives of National Government Agencies (NGAs) in the province.

The officials discussed the system in the National Government Center, which is still under construction.

The government agencies that will benefit from the center are currently just renting. With the project, they could save some funds.

The NGC is seen to be finished by December this year.