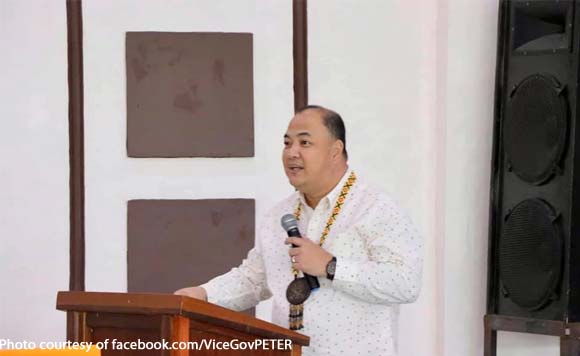 0 2,046
Share
Want more POLITIKO News? Get the latest newsfeed here. We publish dozens and dozens of politics-only news stories every hour. Click here to get to know more about your politiko - from trivial to crucial. it's our commitment to tell their stories. We follow your favorite POLITIKO like they are rockstars. If you are the politiko, always remember, your side is always our story. Read more. Find out more. Get the latest news here before it spreads on social media. Follow and bookmark this link. https://goo.gl/SvY8Kr

As Occidental Mindoro struggles from the effects of typhoon Tisoy and Ursula, Vice Gov. Peter Alfaro shared some good news heading into the new year.

In a Facebook post, Alfaro said the Sangguniang Panlalawigan has extended the declaration of the state of calamity over the province for six months.

This would allow the province to use its calamity fund to restore damage infrastructure and properties.

There was also a need to ensure the welfare, security and serenity of those affected, said Alfaro.

Occidental Mindoro will begin the new year by getting back on its feet!

“The state of calamity declared by the Sangguniang Panlalawigan was extended due to the grave damages caused by TD Tisoy and Ursula. The Provincial Government of Occidental Mindoro sought for the emergency to be extended because the province is still dealing with the grave consequences of the two disasters and that there is still a need to ensure the welfare, security and serenity of those effected,” Alfaro posted.