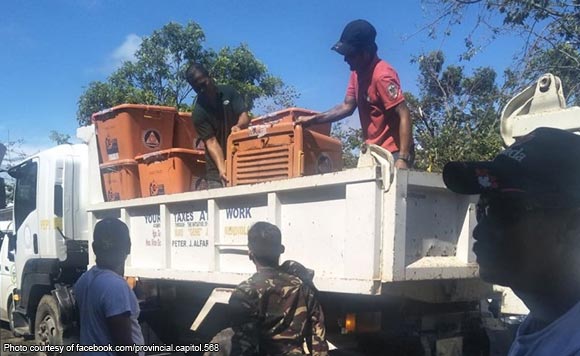 The Occidental Mindoro Sangguniang Panlalawigan has extended the declaration of State of Calamity in the province after the onslaught of Typhoon Ursula during the Christmas season.

“The Sangguniang Panlalawigan on a holiday, “Rizal Day”…, has convened for a special session to extend the state of calamity due to typhoon Ursula that ripped the southern part of the province causing havoc,” the SP said.

Hon. Diana Credo Apigo, the Acting Vice-Governor, served as the presiding officer during the special session.

BM Emmanuel Jun R. Abeleda Jr., Chairman of the Committee on Disaster Risk Reduction and Management, moved for the approval of the resolution and it was duly seconded by Hon. Edwin N. Mintu.

The Occidental Mindoro Sangguniang Panlalawigan has approved during the session the P1.7 billion budget of the province for 2020.