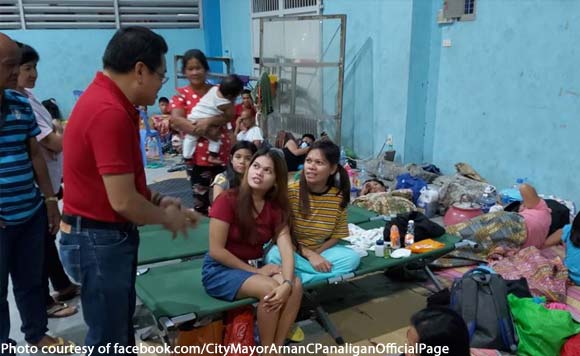 Mayor Arnan Panaligan has paid a visit to the stranded passengers in Calapan City due to rough weather conditions brought about by Typhoon Ursula.

“They were stranded in Calapan City due to the typhoon that caused the cancellation of ferry trips,” it added.

Aside from the mayor, other city government officials and personnel took care of the stranded passengers from other provinces due to the approaching storm.

Oriental Mindoro was also one of the provinces severely hit by Typhoon Tisoy earlier this month.