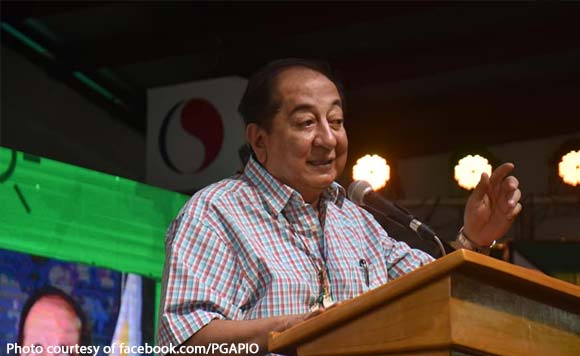 Data from the Albay Public Safety Emergency and Management Office (APSEMO) indicated that as of Dec. 10, damages to infrastructure, social services, and agriculture were placed at P6.3 billion.

Infrastructure and social services incurred the highest damages at P6 billion while agriculture suffered P314 million worth of production losses, the report said.

Bichara, in an interview after reviewing the damage reports from 15 towns and three cities of the province, said they found out, however, that almost all of the reported figures were padded by as much as 50 percent.

“You can just imagine 50 percent of the P6.3 billion damages. That’s equivalent to PHP3.1 billion damages that were reportedly padded,” the governor said.

He said, “the reports need to be reviewed and validated by the APSEMO in coordination with appropriate agencies like the Departments of Public Works and Highways, Agriculture and Social Welfare”.

“I understand and don’t blame the LGUs since they are forced to jack up their estimates believing that only half of what they submitted may be granted and eventually released in the form of rehabilitation funds,” Bichara said.

Citing how the damage reports are accomplished, he said the normal practice starts at the village level where barangay officials gather the list of damages then submits this to the town or city mayors which in turn submits a consolidated report to the province.

“Generally the bloated estimates of damages start at the barangay levels, then these go to the town or city for another round of padding,” he said.

Asked whether he has reprimanded those LGUs with padded reports, Bichara said: “We called for their attention while avoiding to offend them and their credibility. These LGUs instead were asked to make a revision on their respective damage reports.”

Bichara said it’s easy to prepare and submit a report. However, the bureaucracy is quite slow in processing this as they still have to assess, validate and recommend the necessary budget to finance the needed rehabilitation”.