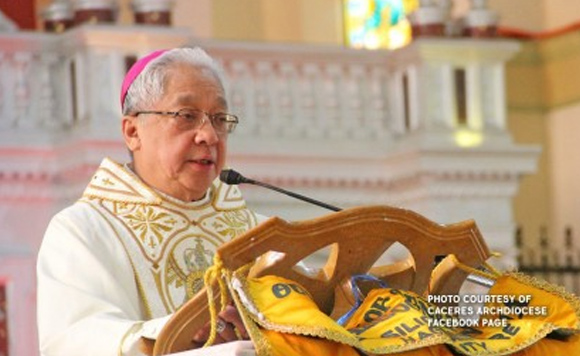 A Catholic bishop on Friday said there is no need to include condoms in relief goods for the people affected by Typhoon Tisoy in Camarines Sur.

“It’s not necessary. It’s obvious…in the same way that somebody sends you high heels,” Caceres Archbishop Rolando Tria Tirona said in an interview.

He added that giving out contraceptives to victims of calamities is improper.

“I don’t want to go to the intention…And it’s not proper and whoever did that, it’s bad taste,” the Catholic prelate said

“Definitely it’s not only improper, but it’s also definitely out of place,” he added.

Tirona said they have no idea who gave out such relief goods.

“We don’t know about that because in terms of relief from government side, we have no idea but for the Church’s side we focus on Sorsogon, Albay and parts of CamSur,” he added.

On the other hand, Tirona officially turned over the leadership of the National Secretariat for Social Action, Justice and Peace, (NASSA)/Caritas Philippines to Kidapawan Bishop Jose Colin Bagaforo.

In a simple ceremony on Friday, the outgoing NASSA head formally entrusted the authority to his predecessor.

The NASSA/Caritas Philippines is the social action arm of the Catholic Bishops’ Conference of the Philippines.