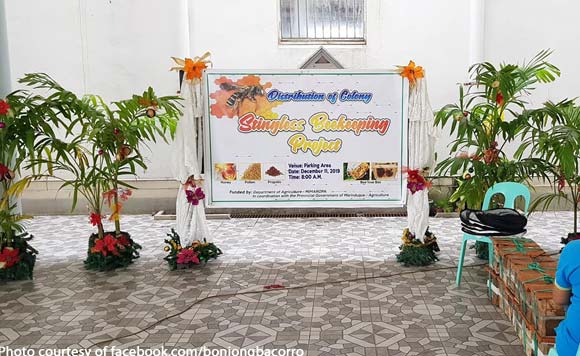 Marinduque Vice Gov. Romulo Bacorro Jr. wants the honeybee culture to be a thriving industry in the province.

This was why he had banned pesticides that kill of the honeybees and the butterflies, he said in a Facebook post.

And his move, through a provincial board resolution, seemed to be successful because Marinduque was invited by the French parliament and recognized for its efforts.

He also thanked the Department of Agriculture for support.

With this project, Marinduque could have a sweet future!

“Another source of livelihood for our constituents. Honeybee culture one of the industries that we fight for. We banned the pesticides ( Fipronil and Neonix ) that kills the honeybee and butterfly industry through a Resolution. Hindi po nakarating ito sa ating mahal ba lalawigan. We were invited by the French Parliament in Paris and Marinduque was recognized. Salamat po sa Dept of Agriculture sa lahat ng suporta. Ganoon din po kay Sir Arman Pedrigal,” Bacorro posted.