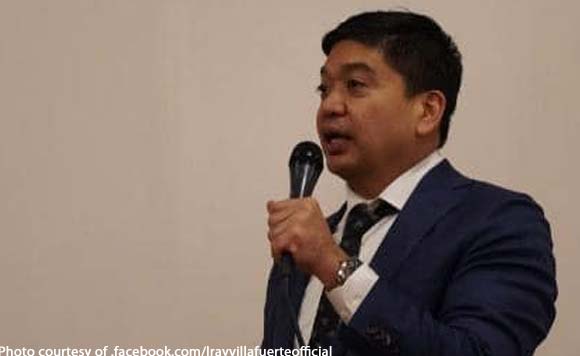 Deputy Speaker LRay Villafuerte on Thursday commended the “inspiring and exemplary” performance of Filipino athletes who took part in the 2019 Southeast Asian Games (SEA Games), as he underscored the key role that the Congress can play in honing sports champions.

The Camarines Sur lawmaker said the Philippines’ 149 gold medal haul, out of a total of 387 medals during the nearly two-week sports meet, “show that with proper support and training of athletes at a young age, the country can eventually produce Olympic champions.”

“Congratulations are in order for our athletes who brought honor and pride to our country, as well to the Philippine Southeast Asian Games Organizing Committee (Phisgoc) ably chaired by Speaker Alan Peter Cayetano who oversaw the successful hosting of the SEA Games here,” Villafuerte said.

“We have both proven that we can be the best in sports and be fully capable of hosting world-class sports competitions,” he added.

Villafuerte said he was among the first to support a House resolution principally authored by Cayetano to raise at least P10 million from a portion of the January 2020 salaries pledged by House members as additional monetary incentives to Filipino gold medal winners in the SEA Games.

He called on his fellow lawmakers to approve his legislative proposals to creating a national sports academy in the country.

Villafuerte said New Clark City is the ideal site for a sports academy, as it is fully equipped to hone both the academic and athletic skills of students with exceptional talent in sports.